About the Cairo Martyrs Memorial Foundation
Background
The Cairo Martyrs Memorial Foundation was established in 1991. The foundation is a part of an array of foundations that run within the framework of The Israel Intelligence Heritage and Commemoration Center (IICC) in Glilot.
A small group of people initiated the establishment of the foundation’s: The late Mr. Raphael Recanati, who, in the 1940s, was the Jewish agency’s emissary to Egypt, and personally knew some of the cells’ members; Dr. Yosef Marzouk, brother of Dr. Moshe Marzouk who was executed in Cairo; The late couple, Eliahou and Dina Brakha, The late Dr. Haim (Victor) Saadia, who accepted the mission of leading the foundation during its’ early years.
Over the years, more members joined the foundation’s board. It now comprises the following distinguished members: Prominent public figures: Ambassador (retired) Ephraim Dowek, Police Prison Service Commissioner (retired), Lieutenant General Levi Shaul. Representatives of the bereaved families: Dr. Yosef Marzouk, Ms. Michelle Dagan the daughter of Meir Bineth, Police commander (retired), Ms. Ella Shoshana, niece of the late Samuel Azar, who is the foundation’s director. Representatives of the martyr families’ younger generation: Rina Meyohas, daughter-in-law of the late Mayer Meyohas; Aby Brakha, son of the late Dina and Eliahou Brakha; Guy Dassa, son of Robert Dassa; Ariel Nathanson, son of the late Philippe Nathanson; Devoted researchers who are passionate about this endeavor: Foundation’s head, Prof. Nahem Ilan. Ms. Nurit Shapiro; Mr. Baruch Mazor, an observer on behalf of the IICC board.

Mission
The foundation is dedicated to commemorating the memory, heritage and work of the ‘Cairo Martyrs’, as well of their peers, and of their network’s mates, who were imprisoned in Egypt. The term ‘Cairo Martyrs’, refers to Lt. Col. Dr. Moshe Marzouk and Lt. Col. Samuel Azar, who were executed on 31 January 1955, (Jewish calendar – 8 Shvat, 5715). It also refers to Lt. Col. Meir (Max) Bineth, a covert fighter of the Israeli intelligence, who committed suicide in his prison cell during the trial, on 21 December, 1954. Meir Bineth never belonged to the network but knew some of its’ members. The operation commander, Avri Elad, turned the network members in to the Egyptians, and turned him in, too.

Projects and endeavors
What does the Foundation do in order to realize its’ mission?
A. The Foundation awards scholarships for eligible research on the following topics :
• The affair and its’ implications over Israel and Egypt.
• Biographical research about one of the Cairo Martyrs and network members.
• Issues in the History of Egyptian Jewry in Modern Times.
The Foundation also awards scholarships for educational enterprises, and initiatives that are related to the affair, and the Cairo prisoners. For example, the Hebrew Religious Scouts movement (“Adat HaTzofim”) won a scholarship for putting together an educational kit about the ‘Cairo Martyrs’, the affair, and its’ moral lessons. The kit was designated for the youth movement’s group discussions.
B. Public speaking events for high school student, pre-military leadership academies (Mechinot) students, members of the security forces, and others.
Every year, Head of the Foundation, Prof. Nahem Ilan, gives lectures before audiences of thousands of people. Audiences include young, and old.
In previous years, Dr. Yosef Marzouk, and former Commissioner of the Israel Prison Service (IPS), Levi Shaul, used to join Prof. Ilan’s public speaking events.
In recent years, Ms. Ella Shoshana, director of the foundation’s, has been joining Prof. Ilan in giving the lectures.

C. We invite high school students to attend the annual memorial service.
Students are invited following a speaking event that includes a presentation.
The Hebrew Reali School in Haifa expanded the educational program further. In cooperation with the Foundation’s leadership, Mr. Gil Hanan, the school’s Middle East teacher, and liaison to the foundation, gives a preliminary overview lecture. In addition, an annual mini-seminar takes place in the school. Each year’s seminar focuses on a certain aspect, related to the Cairo Martyrs.
D. Documentation and commemoration events – remembering the Cairo martyrs. Various events take place in order to convey the legacy of the Cairo Martyrs. In 2015, marking the 60th anniversary of “The Affair”, the foundation held a wide-scale event in collaboration with the Dahan Center at Bar-Ilan University. For this occasion, we also produced a 30-minutes film about “the Affair”. In March 2018, marking the 50th anniversary of the release of the remaining prisoners in Cairo, the foundation held an event in cooperation with the National Security Council.
In recent years, the foundation has been holding video interviews with the prisoners who are still alive, as well as with the prisoners’ families. Based on this documentation, the foundation produces documentary films that are available on the website.
E. Visible and sustainable commemoration in the public domain.
We call local authorities to name streets, squares, gardens and groves after the Martyrs of Cairo. Furthermore, we worked vis-a-vis local authorities to preserve, recover, and signpost gardens that have already been named after the Martyrs of Cairo.
F. Digital platforms.
The foundation set up a designated Facebook page, which displays some of its’ activities, and ongoing posts about the Cairo Martyrs.The website you are now browsing is also as a part of the foundation’s digital work. The website documents and offers reliable information about what took place in Egypt in the early 1950s, focusing on the heroes of The Affair. 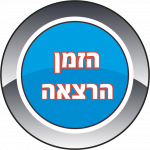 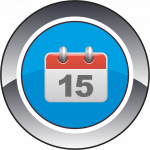 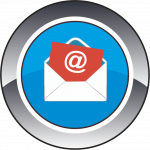